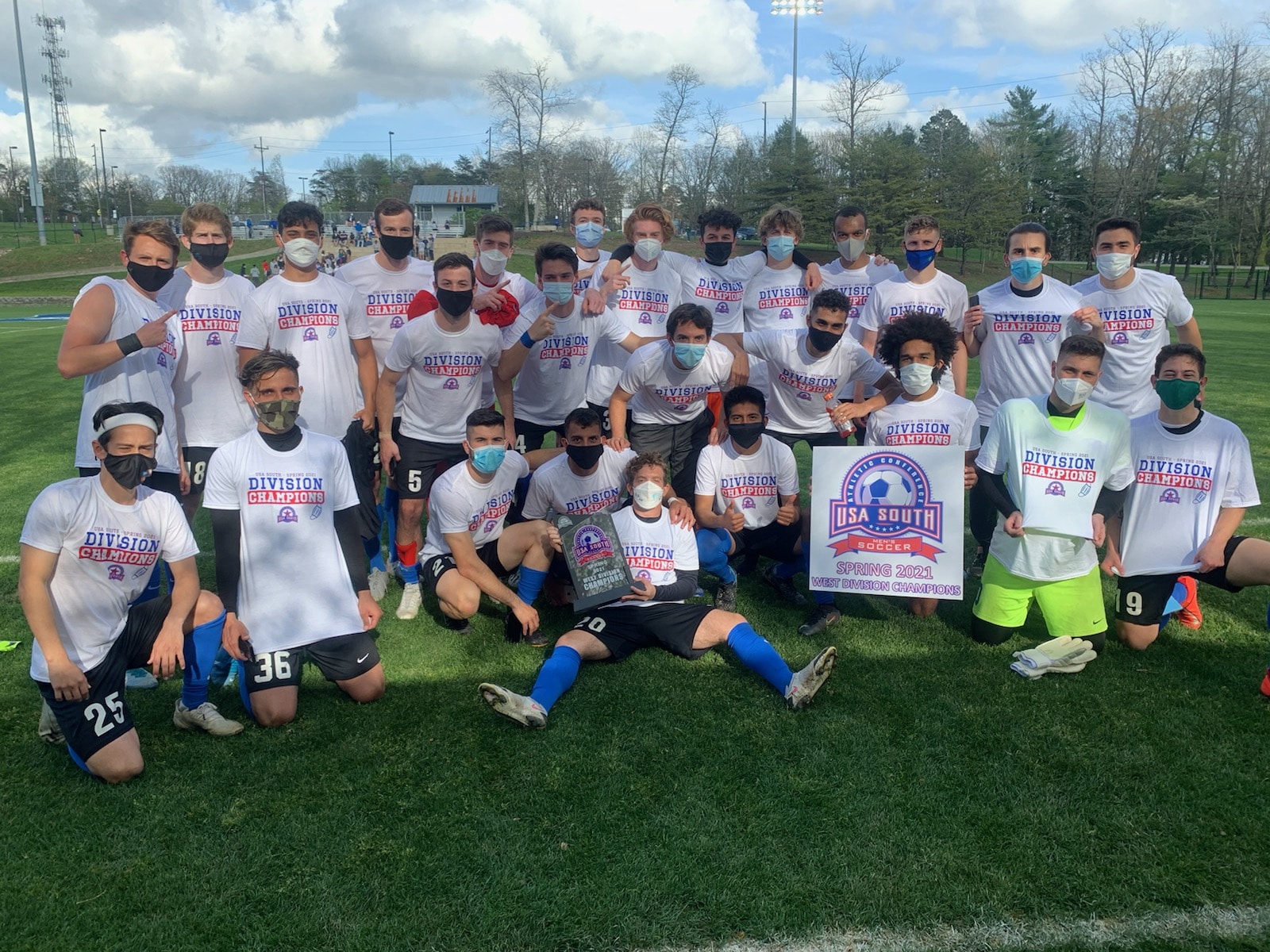 Brevard’s title marks the program’s first postseason championship in the NCAA-era. The title comes in BC men’s soccer’s fifth postseason appearance in its NCAA history.

Estevan Berto, Lynch, O’Callaghan, and Adam Spencer each scored goals in the championship victory, while Giannaccini, Miles Schafer, and Spencer were credited with assists. Campos (4-1-1) tallied four saves in the draw.

Covenant used a brace of goals by Keegan Weekley and scores from Knox Gibson and Mercer Stout to earn the tie in regulation, while Henry Hooks (5-2-1) also stopped four shots-on-goal.

Regulation and overtime saw Brevard and Covenant in a back-and-forth contest from the beginning, with the Tornados taking the early lead, 1-0, on Lynch’s third goal of the season. Spencer whipped in a low cross that took a slight deflection before Lynch squared up a shot that was slotted into the right side of the goal past Hooks.

Just eight minutes later, Weekley would score his first of two scores, ripping a shot past Campos to tie things up in the 16th minute, 1-1.

Both sides traded possession and attacks through the next 20 minutes, with Brevard and Covenant both accumulating three shots and a corner kick through that span. In the 37th minute, Berto took possession over in midfield and dribbled past Covenant defenders to the left side of the box, teeing up a beautiful left-footed shot that hooked into the upper-right corner of the goal, giving the Tornados the lead back, 2-1, which they would take into the halftime intermission.

Covenant was able to respond just 27 seconds into the second half of play, as Stout got on the score sheet to tie the contest up at 2-2. The Scots won three corners through the next 33 minutes before taking their first lead of the match on a Gibson goal in the 78th minute that was assisted by Kade Theunissen.

BC struck back quickly in the 80th minute, as Spencer was played through by Giannaccini to set up a right-footed rip that found the back of the net to make the score 3-3 with 10 minutes left to play.

Once again, the Scots answered back in fast-paced fashion, scoring 37 seconds after BC’s strike as Weekley found the back of the net for the second time, giving Covenant a 4-3 advantage.

Schafer tallied his first-career assist on an impressive cross in the 84th minute that was placed perfectly to find the head of O’Callaghan, as the Wicklow, Ireland native scored his first career goal to tie the contest back up at 4-4 with six minutes left in regulation.

With five minutes remaining in the match, the Tornados went man-down following a second yellow card, as BC competed with 10 players for the remainder of regulation and the two overtime periods.

In the first overtime period, Covenant tallied a pair of shots to BC’s one shot and one corner kick attempt. BC attempted two shots and won a corner kick in the second overtime stanza as the two teams remained deadlocked at 4-4, forcing the deciding PK shootout.

Both sides converted their first three attempts, with Saturstegui converting Brevard’s fourth try to put BC on top, 4-3. Campos came up big on Covenant’s fourth attempt, saving a shot by Will Kenas that was bound for the left-side of goal. Giannaccini clinched the championship for the Tornados with his penalty kick conversion, as BC secured the USA South West Division title.

The Tornados are slated to conclude their Spring 2021 season with three more contests scheduled. BC is scheduled to travel to Greenville, South Carolina to take on Bob Jones University on Thursday, April 15 at 7 p.m. before its Senior Day on Sunday, April 18 at 3 p.m. vs. USC-Union at Ives-Lemel Family Field. Brevard’s Spring schedule concludes on Wednesday, April 21 at 7 p.m. against Bob Jones at home.