“Mary Lewe aspires to help others” 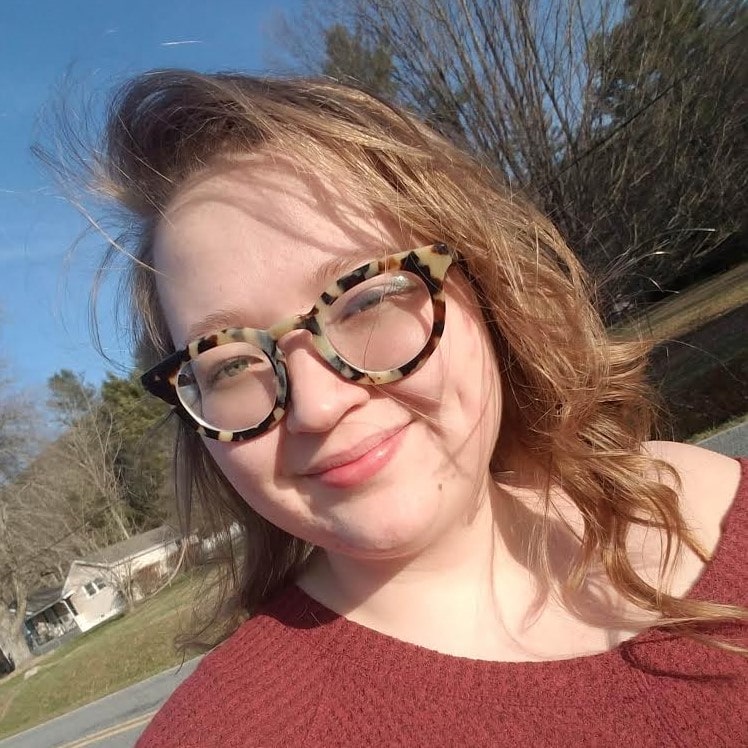 This article was originally posted in Vol. 85, Issue 30 of The Clarion on April 29, 2020 and is posted here, with permission from the author, Carmen Boone.

Mary Lewe is a senior at Brevard College. Her major is psychology and her minor is health science.

Throughout her life she has moved around quite a bit. She was born in Louisville, Kentucky but spent half of her childhood growing up in
North Carolina. She went to high school in Kentucky but ended up moving back to North Carolina in 2017.

Lewe’s family is important to her. She has two nephews and one niece and two brothers. She is very close with her mom, whom she has been living with for the past year. She loves when she gets to go to Kentucky and visit her dad. She is also very close to her paternal grandparents as well.

Brevard College is not Lewe’s first college. She went to two colleges in Kentucky but transferred in because she wanted to have a real college experience, both on campus and in a new town. She knew psychology was what she wanted to do. Lewe loves the proximity to the mountains that she gets at Brevard and is thankful for the natural beauties it has to offer. “I definitely got what I was looking for,” said Lewe.

She has been involved in several things on campus. In the fall of 2019, she was editor in chief of the Clarion, she has been secretary of the Psychology Club and participated in Voice of the Rivers (VOR) in 2018.

Some of Lewe’s other hobbies include cooking, writing and journaling and music. She plays the guitar, bass guitar, keyboard, saxophone and the clarinet. Last summer she recorded a released song under the name Snakebrain. “In my freetime I like to record songs I write,” Lewe said.

There are many experiences Lewe has had that she is thankful for. She loved being a part of IWIL, enjoyed playing in the snowstorm in fall of 2018 and had a good time living in Green Hall. However, her interactions with faculty were what stood at as truly inspiring. She most of all enjoyed getting to know herself. “I really felt like part of the campus community,” said Lewe. “I was able to set goals to strive for and chase the future I want as a therapist.”

Because of her psychology major, Lewe has had a multitude of experience and opportunity in that field of study. Two years ago, she was able to go to a conference in Charleston, South Carolina called SEPA to present research on “attitudes toward suicide” with 2019 graduate Haley Putnam and current senior Grace Kelley.

However, she did have some fun testing her thesis and completing her research. “Even though the results of the study were not what was planned, working with Dr. O’Leary was a good experience,” said Lewe.

Lewe has had several important mentors over the years. Dr. Allison O’Leary was a great help with Lewe’s thesis and has greatly helped her with graduate school applications. “She’s been really supportive and helpful,” said Lewe. “I’m really grateful for all of her help.”

Dr. Sarah Maveety has also been a great mentor for Lewe. She went on VOR the same year as Lewe did. She was Lewe’s biology advisor too when adding a minor in health science. Maveety also wrote Lewe a letter of recommendation for graduate school.

Lewe is thankful for Dr. John Padgett as well. He was a great help in newspaper (COM308). “He has been a really good mentor,” said Lewe. “He always has good stories to tell and good advice.”

After her time at Brevard, Lewe has learned one thing that stands out above the rest. She knows there is a lot of pressure on young students right out of high school to go to college. They are forced to make big decisions at a time
when they may not be ready. She learned that it’s okay not to make those decisions right away.

Lewe has big plans after graduating from Brevard. She has been accepted into Western Carolina University’s program for clinical mental health counseling. She will start this summer, June 1, with online classes. It is a two to three year program that includes supervised hours within it. Since it is based in Asheville, she will not have to move very far. Her goal after that is to be a licensed clinical health counselor and to stay in North Carolina.

No matter what Lewe does, the impact she has had at Brevard College and the relationships and connections she has made will carry her far. There is no doubt she will go on to do great things and touch many lives in her professional career.