Alumnus Becomes a Chief Judge of the Atlanta Judicial Circuit 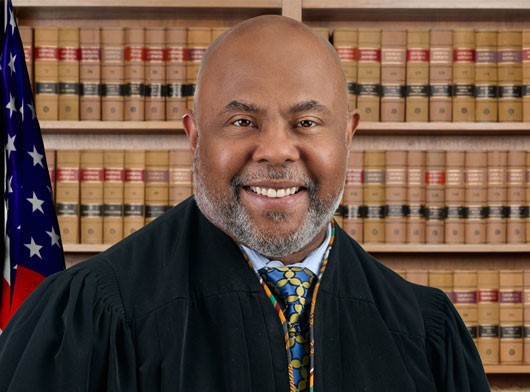 Ural Glanville ’82 was sworn into his new role as Chief Judge of the Atlanta Judicial Circuit on December 1, 2022, in Atlanta, Georgia. Amongst his new role as Chief Judge, Glanville is also a retired Brigadier General in the United States Army, an Adjunct Professor, mentor to many, father, and husband. Glanville attributed his success to his time at Brevard College and how the small institution helped him become who he is today.

Glanville came to Brevard College in 1980, hoping to “restart” and to identify who he wanted to become. With the support of professors and the BC administration, Glanville could do just that. “Brevard prepared me well for my future academic success. BC will always have a special place in my heart.” During Glanville’s second year, he was approached by the United States Army and joined after graduating with his Associate’s Degree before attending the University of Georgia for his Bachelor’s Degree in History (1984) and Juris Doctor (1987). After completing his Juris Doctor Degree, he served on active duty from 1990-1993 in the United States Army Trial Defense Service and Trial Counsel for V Corps in Germany.

Serving in the Army for more than 35 years, which includes 2 combat deployments, Glanville can take what he has learned to work daily as Chief Judge. One of the many things he learned was always to be prepared for any situation. Glanville joked that his children know this all too well, especially regarding school and homework in the Glanville household. When asked what serving the country means, Glanville stated that, “serving your country is one of the highest ways to give back to your nation.”

Continuing to serve the citizens of Fulton County, GA as Chief Judge, Glanville also teaches at Emory Law School as an Adjunct Professor as well as an instructor for the Paralegal Studies Program of Emory’s Continuing Education Program. After hearing that Brevard College recently partnered with the Appalachian School of Law so that students have a clear pathway to law school, Glanville provided some advice. “There is no traditional path for getting into law school. I know several individuals who studied theatre, business, and other studies who became great lawyers. You will do great if you can work well with people, have great communication, and can analyze and write well.”

The Honorable Ural Glanville ’82 continues to live out Brevard College’s motto of “learn in order to serve.” On behalf of Brevard College, we thank you, Ural, for your service to our nation inside and outside the courtroom.