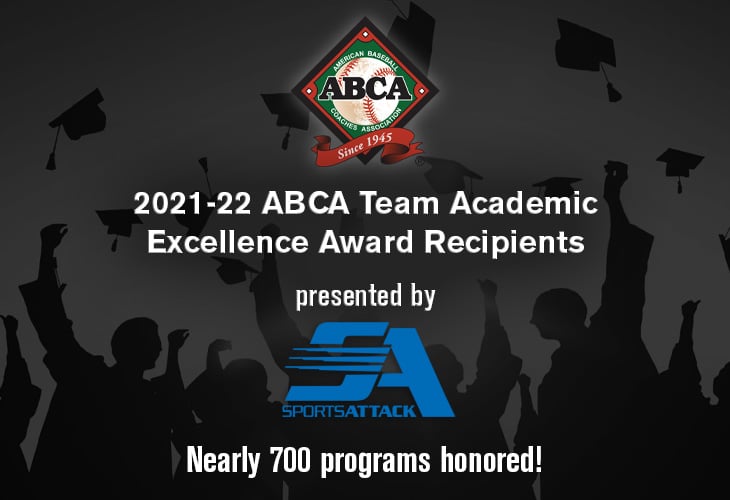 The Brevard College baseball team has been named a recipient of the 2021-22 ABCA (American Baseball Coaches Association) Team Academic Excellence Award, presented by Sports Attack.  The Tornados earned the award by posting a team GPA of over 3.0 on a 4.0 scale for the entire 2021-22 academic year.

The American Baseball Coaches Association has a long tradition of recognizing the achievements of baseball coaches and student-athletes. The ABCA/Rawlings All-America Teams are the nation’s oldest, founded in 1949, and the ABCA’s awards program also includes the ABCA/Rawlings All-Region Awards, the ABCA/ATEC Regional & National Coaches of the Year and several other major awards such as the ABCA Hall of Fame and the Dave Keilitz Ethics in Coaching Award.

The American Baseball Coaches Association (ABCA), founded in 1945, is the primary professional organization for baseball coaches at the amateur level. Its over 13,000 members represent all 50 states and 36 countries. Since its initial meeting of 27 college baseball coaches in June 1945, Association membership has broadened to include nine divisions: NCAA Division I, II and III, NAIA, NJCAA, Pacific Association Division, High School, Youth and Travel Baseball. For more information, go to abca.org.