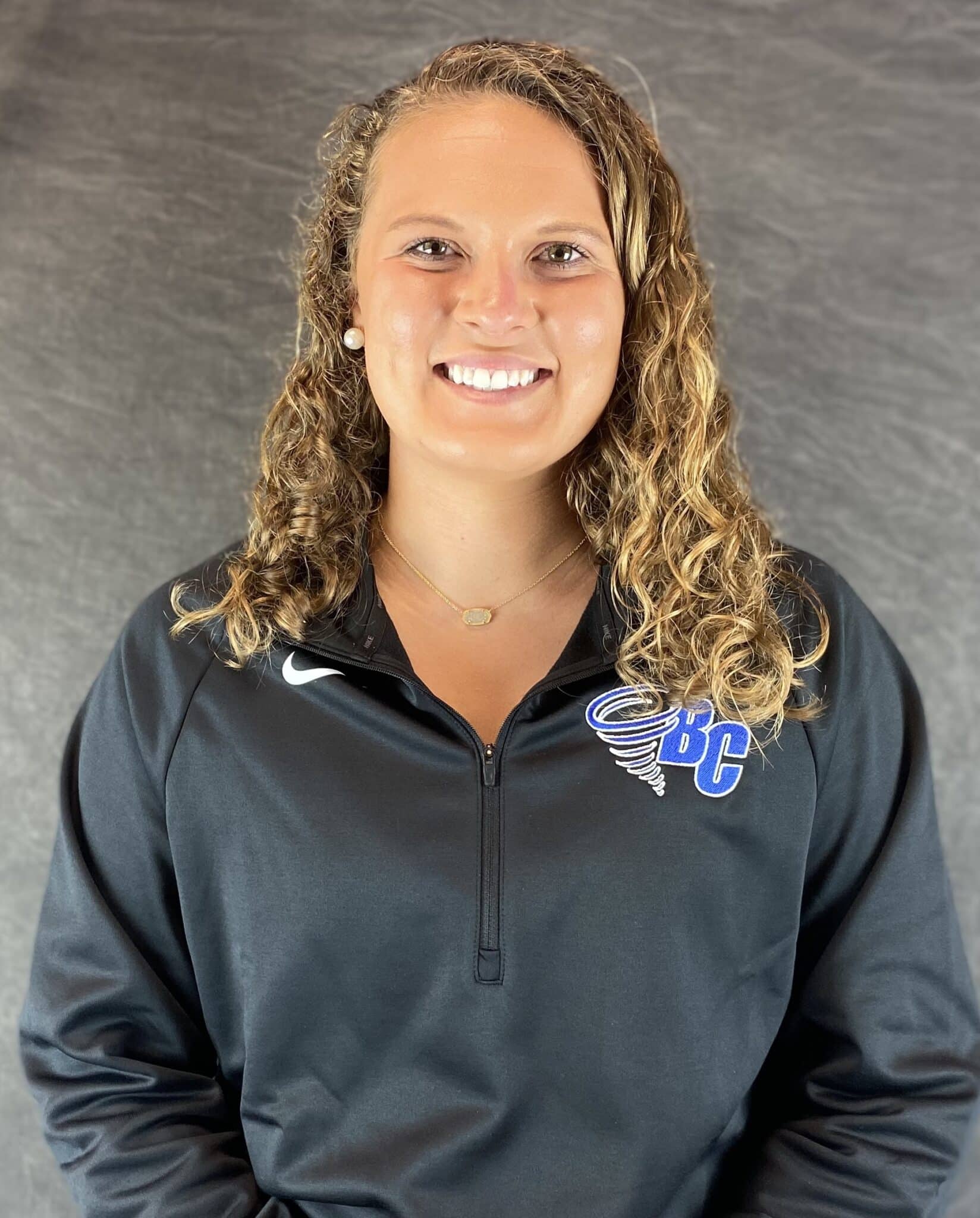 Brittany Franks has been named Assistant Volleyball Coach at Brevard College, announced Interim Head Coach Abbie Parde.  Franks, an alumna of Brevard College, will assist in all aspects of the program while spearheading BC Volleyball’s strength and conditioning program.

“I’m really excited to add Coach Franks to the coaching staff this fall,” said Coach Parde.  “Brittany’s positive energy and background in strength and conditioning training will make her a great addition to the program!”

Franks will begin her duties immediately as the Tornados begin preparation for the 2022 season.

“I am so excited to return to the Bosh and rejoin the Brevard College Volleyball family as Coach Parde’s assistant,” said Franks.  “Brevard College has given me such meaningful opportunities that I will forever be grateful for.  With the potential of this team, I cannot wait to see the success of this program.  I want to thank both Director of Athletics Myranda Nash and Coach Parde for giving me this opportunity and as always, Go Nados!”

Franks begins coaching following a career as a dual-sport student-athlete at Brevard College.  She competed as a member of the BC Volleyball team for two seasons to go along with five seasons as a key performer for the Tornado Softball program.  Franks played for the Tornados as a libero and a defensive specialist for the 2017 and 2018 seasons.  A starting outfielder on the BC softball team, Franks played in 105 career games for the Tornados.

Off the court and the field, Franks garnered a multitude of awards and accolades for her work in the classroom and the community.  As a senior in 2021, she was presented at the Brevard College commencement with the prestigious C. Edward and Brona N. Roy Good Citizenship Award.  Additionally, she received the Student Heath Ambassador Academic Excellence Award and the Campus Life Above and Beyond Student Leader Award.

Franks was the President of the Brevard College Student-Athlete Advisory Committee (SAAC), the Vice President of BC’s Student Government Association and the President of the Student Health Ambassadors during the COVID-19 pandemic.  A multiple-time USA South Academic All-Conference performer, she was named to the Beta Beta Beta National Biological Honor Society.  In 2019 as a sophomore, Franks also earned the Brevard College Athletics Ann Etters Award for Excellence athletically, academically and in the community.

Since 2021, Franks has worked as a Program Director at The Cindy Platt Boys and Girls Club of Transylvania Country.  At the community-driven organization located in Brevard, North Carolina, she mentors youth while leading educational and experiential programs.

The 2022 Brevard College Volleyball season opens on Saturday, September 3 at the Agnes Scott College Labor Day Smash in Decatur, Georgia.  The home schedule for BC Volleyball begins on Friday, September 16 with day one of the Tornado Classic at the Boshamer Gymnasium.