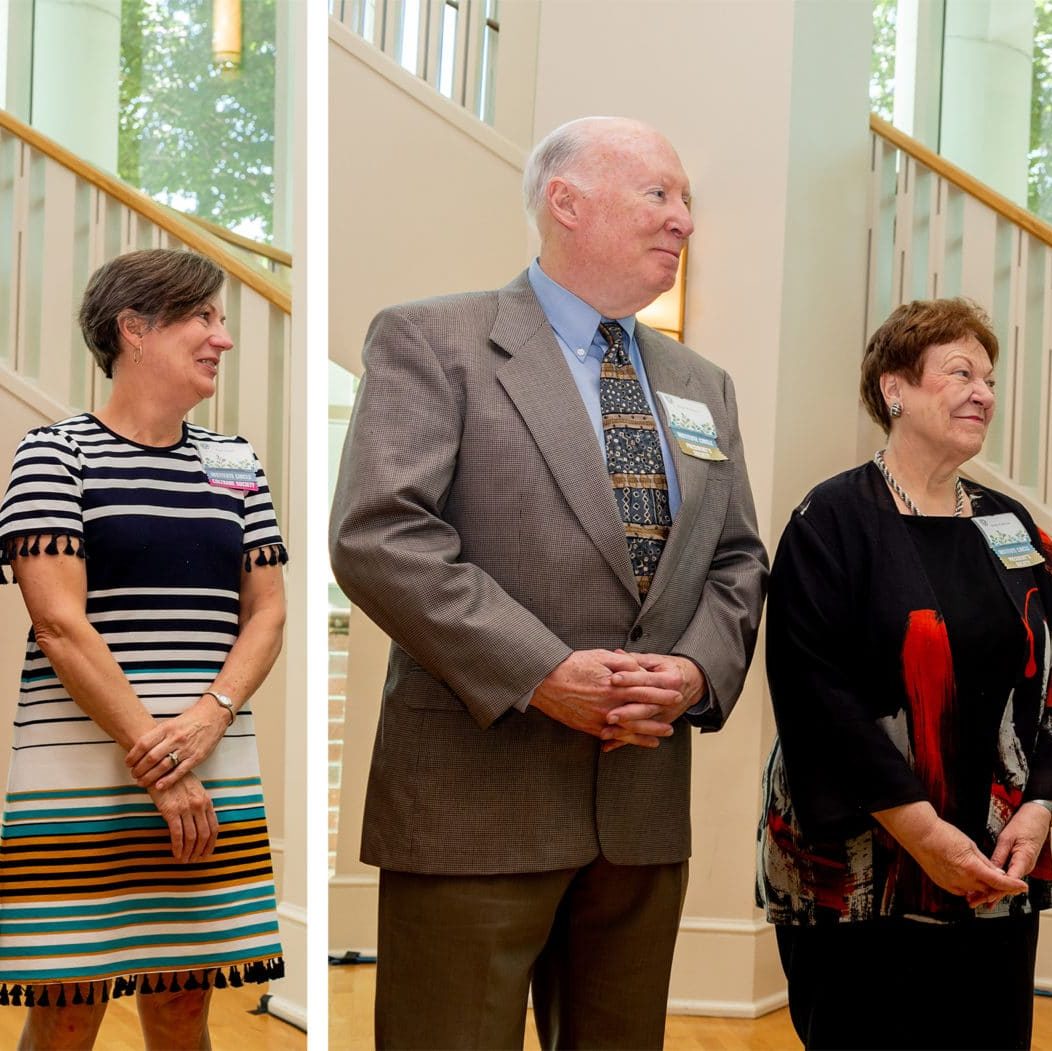 Brevard College celebrated the contributions of friends and donors at its annual appreciation event on May 17 by inducting nine donors into the college’s lifetime giving circles. Those honored represented over $4,000,000 in lifetime giving, according to college president David Joyce.

“It is because of such generosity that Brevard College stands out as a successful and sustainable liberal arts college,” Joyce said. “We have just experienced a year of record enrollment, new academic initiatives and robust fundraising. With our revisioned campus master plan in place, we are starting another exciting year ahead. Stay tuned for some major projects that will be made possible because we have such strong support for the college.”

The annual Brevard Society Celebration was held in conjunction with the Board of Trustees spring meeting and reunited donors, friends, and alumni of Brevard College.  In a ceremony that mirrors academic traditions, donors receive stoles and cords that signify their cumulative giving to the college. Several of those inducted had become involved with Brevard College through the Board of Trustees, including Dick and Pat Gardner, Dyeann and Henry Jordan II, Robert Lawrence, Patricia Rodgers, Kathi Levine, and Mark and Page Lemel. Also honored were Bruce and Sandy Kirkman for their support of education and the fine arts at the college.

The Paul and Margaret Porter Foundation was recognized for over 80 years of involvement with the college, including the first million-dollar gift to build the Paul Porter Center for the Performing Arts. The Porter Foundation and the college recently announced a challenge grant of $250,000 over five years, to be matched by the college, for a $500,000 endowment to ensure the Porter Center continues to serve as a premier performing arts venue in this region.

A highlight of the program was a special performance on a unique organ by assistant music professor Vance Reese, accompanied by soprano and alumna Rebecca Gill `05. The Jennings Organ, acquired through a gift earlier this year, has added an important dimension to the music program because it is particularly adapted to accompanying vocal performances. Both Gill and Reese demonstrated the versatility and range of the small organ with a mini-concert.

In a time when small, liberal arts colleges around the country are closing their doors, Brevard College is growing and continuing its 166-year-old tradition of being the school of opportunity in the mountains. Brevard College’s commitment to students and their experience is only possible because of the generosity of alumni, donors, and friends.