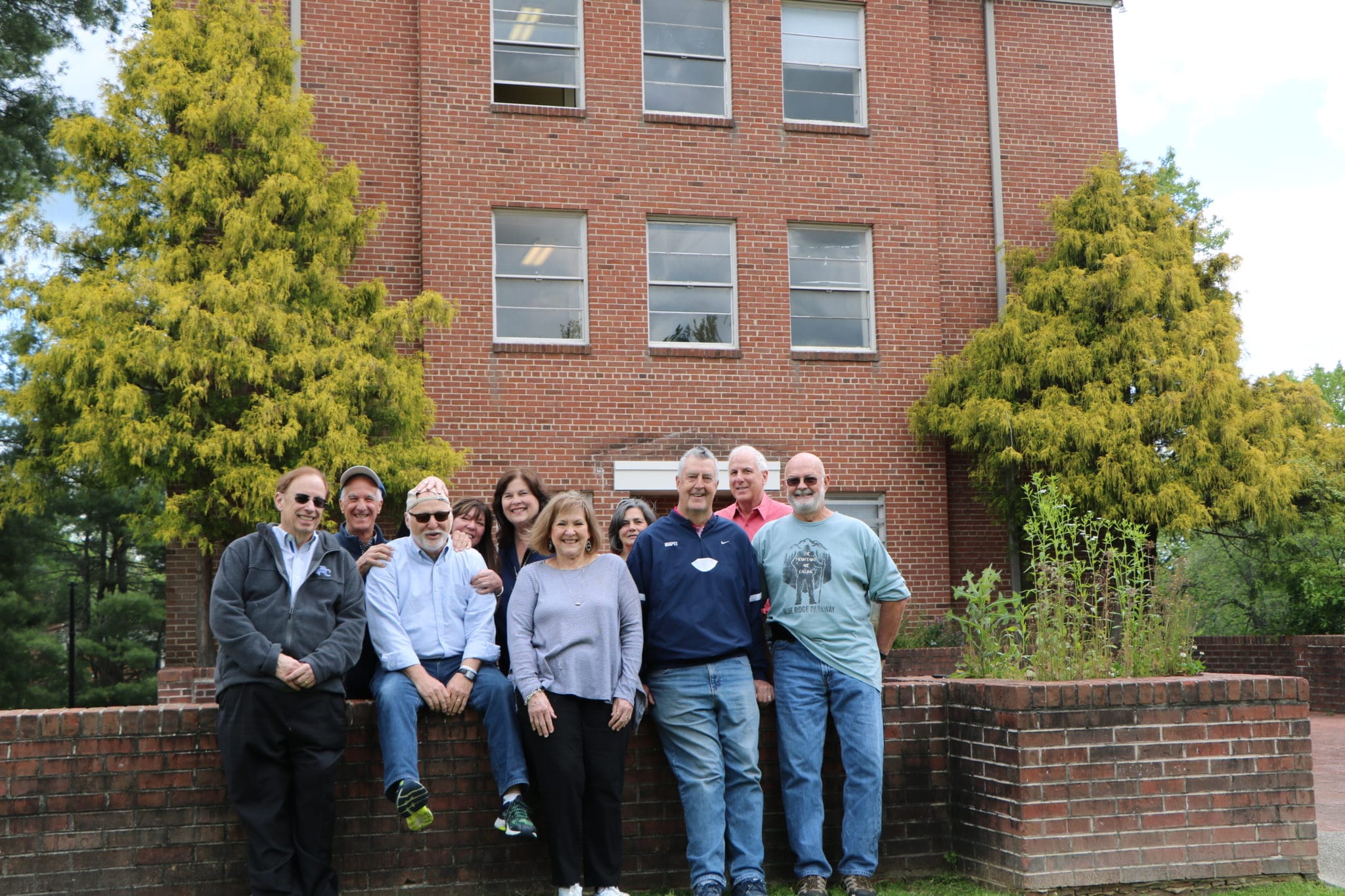 It began with a realization.  Some 25 years ago, a group of Brevard Alums were saying their goodbyes after enjoying their 25th class reunion.  As they parted, someone said “If we only get together every 5 years, we won’t be able to do this too many more times.  Why don’t we come back every year!”  And so it began.

There is something truly unique about Brevard College.  This group of alums, made up of men whose formative years were on the 3rd floor of Green dorm (which is forever known as Green III), and several women who were the closest of friends, continue to come back year after year.

Bob Keen (’70) said it best when he described the time as “one of great generational change in history with hippies, long hair, the drug culture, music, and of course, the Vietnam War.”  Life was coming at us fast, and close bonds were formed among a group of 18-20 year olds that helped us cope, and learn about ourselves.

Barbara Allen (’72) said that when it came time to choose a college she “wanted to escape Florida, Georgia, and Alabama.”  She had made annual camping trips to the Brevard area with her family since the age of 10, and truly loved the mountains.  As an accomplished nurse in Jacksonville, FL (after graduating from Auburn University), Barbara has traveled across the world.  Of all the places she has been, she is always most excited to return to be with her “Brevard family.”

John Pepper (’71), a retired executive at Daltile, Inc. in Harrisburg, PA (and champion golfer) spoke of the unique connection that was formed.  “We were all leaving home for the first time, and shared our experiences, both good and bad.  As the years go by, the stories are more embellished, but they are still fun.”

Indeed the group of 12-15 make certain that each homecoming weekend creates lasting memories.  Certain to be included is a forest party, where we can finally enjoy adult beverages legally.  There might be a campfire, a cookout, trips to campus, shopping downtown and attending a football game.  Laughter permeates each event, and the feelings just grow stronger.

“It has become part of your soul, an important part of who you are” said Keen, who after Brevard graduated from the University of South Carolina with a pharmacy degree.  “The brotherhood and sisterhood we developed is unmatched at Brevard College and at most other institutions.” While Green III was known for their many antics and shenanigans that are best left unmentioned, everyone managed to recover and carve out a meaningful life.  Sid Gunst (’71) became a prominent real estate developer in Richmond, VA.  Frank Owen (’71), Sid’s roommate, owns a successful financial services business in Charlotte.  Rowe Haden (’71) retired after over 30 years as an executive with Shell Oil Company in Texas.  Each one would confirm that the foundation of their lives and careers was formed at Brevard College.

As our group moves forward, one accommodation has been made: beginning with 2021 we will begin meeting semi-annually! While we are apart for months at a time, it only takes a few minutes to rekindle the flames of friendship that burns brightly in each of our hearts.

There is something about Brevard College.  One can’t really describe it, one has to experience it.  How lucky we are to have found this place, which welcomes us back with open arms.

As the late journalist and NC native Charles Kuralt once said “The mountains embrace me.”  Brevard College provides a loving embrace that lasts a lifetime.