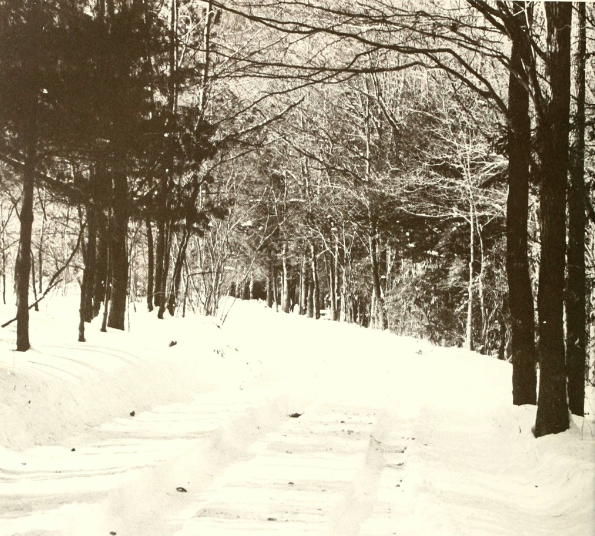 It wasn’t until 2021 that the Brevard College Board of Trustees officially voted to formalize our school’s core values; but 50 years prior, almost to the date, the Tornados Women’s basketball team embodied the creed that makes Brevard College unique.

Current students and recent graduates alike have become familiar with our school’s motto, which translates to: “Learn in order to serve.” As a means to live this motto every day, we focus on People, Place, Purpose so that we can commit to our community and learn in order to serve society and the greater good. It’s through our service that we are able to discover the positive impact of our shared principles, which not only benefit others in need, but ourselves as well.

Like many of our athletic teams who travel out of town, it’s not uncommon to encounter routine issues such as traffic jams, flat tires, or the occasional travel through an area without cell phone signal. The Tornados Women’s basketball team experienced a slightly different challenge back in 1973. After traveling back from a game against Southern Baptist in Charleston, SC, the team encountered rain, sleet, and the rapidly accumulating snow, which quickly made the roads unsafe. As they said in the Clarion: “It all began Friday night, February 9, with a simple basketball game and it led to an unforgettable experience.”

In talking with Marsha Garwood, who was the official scorekeeper for the girls’ basketball team at the time, she recalls the group finally made it to a frigid gas station for a brief respite. What jumps out in her memory is that in a time of crisis, people were helping each other. “The clerk at the convenience store where we were stranded reached out to two young men that came to our help around 2:30am. With the assistance of their pickup trucks, we made it to the Jaycee Lodge where we were fed and kept warm… along with about 60 other women, men, and children.”

While at the lodge, the student-athletes made themselves useful by babysitting, helping prepare meals, and assisting with various clean up duties. By Sunday afternoon, the ladies were taken to a nearby Grammar School, where roughly 200 people had gathered. While waiting out the storm, many shared survival stories and as they got to know one another, some even realized they grew up in the same area or knew each other’s extended families.

“Here, too, the girls were very busy and cooperative,” Marsha recalls. “It wasn’t all work and service though, there were a lot of connections and other forms of creative entertainment.” In fact, members of the Western Carolina University Men’s wrestling team were also among those stranded, “so of course a basketball game erupted – and our girls’ team won!”

After the storm subsided, there were lots of stories to share about how everyone reached out to help those they could. Marsha recalls how everyone opened up their homes, schools, and hearts to those who were stranded from Charleston to Columbia due to the snowstorm. The girls began to embrace their experiences during this calamity.

Many people who lived close to the snow-covered roads took in those who were stranded, including one matron who graciously hosted over 30 people in her house. One of Marsha’s sweetest memories was hearing about an older gentleman who tapped on the window of a very young couple’s car, offered for the couple to come into their house to warm up by their woodstove. At the time, he didn’t know that he and his wife would spend 3 nights with the couple – during which deep and abiding friendships were formed.

Respecting your environment by recognizing the value of diversity, is another one of our core values that shines through Marsha’s memories. The girl’s team volunteered to help everyone who was stranded during this time and in return, it made an impact on their time here at Brevard College. Marsha recalls that, “even after 50 years, I believe that kindness and a willingness to help is a part of the BC Spirit. It was an adventure and a great story to tell, and by the way, I really don’t like snow.”