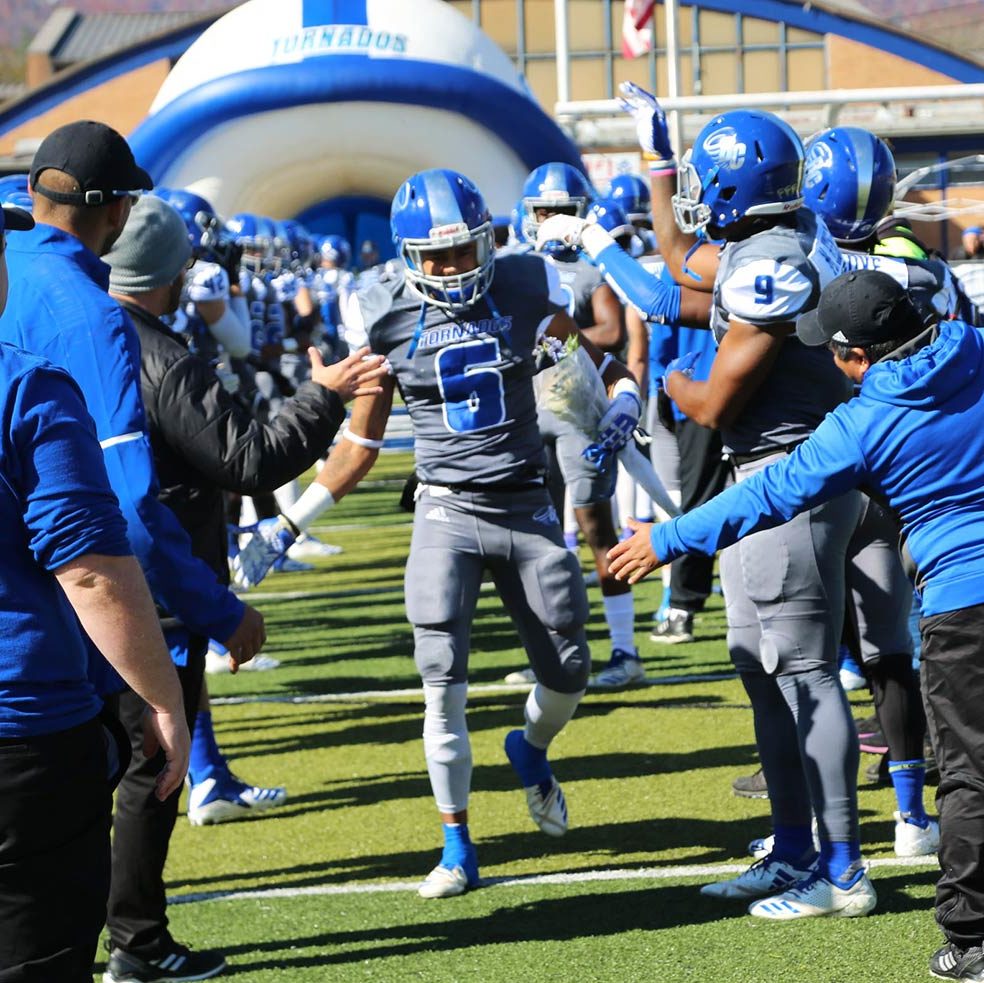 The Brevard College Tornados Football team upended the defending USA South Conference champion Maryville College Scots by a final score of 22-10 on Homecoming at Brevard Memorial Stadium. The win halted a seven-game USA South win streak for the Scots who had gone a perfect 7-0 in USA South play in 2018.

With the win, Brevard remained undefeated through three games this season – the best start for a Tornado team since 2009. Dating back to last season, Brevard has now won five straight overall and home contests.

“For a Homecoming game, we hosted the undefeated reigning champs of the USA South in Maryville – a team that hasn’t lost a conference game since 2017,” commented Head Coach Bill Khayat following his team’s big win. “We knew that it would take a monumental effort to get the victory today.”

That monumental effort was shown with a clutch offense that capitalized on its opportunities, a stingy defense that forced two turnovers, and a special teams unit that made several big plays including a fumble recovery touchdown and eight total points from the kicking unit.

A gritty defensive effort for the Tornados led to a total of eight tackles-for-loss, two sacks, two forced fumbles, one fumble recovery touchdown, and one interception in total.

“The style of play for our special teams is always to be aggressive,” added Coach Khayat. “We had them a little rattled, and once they make one error and you jump on top of it, the errors keep coming. We were able to take advantage of their errors every single time.”

Chris Diaz and junior defensive back Dante Anderson clinched the victory for the Tornados, as the pair stopped Maryville’s Jacob Bunch short of a first down on fourth-and-2, sealing the game in favor of Brevard.

“It has been so exciting to watch the number of people who have become more interested in what Brevard College Football is doing,” added Coach Khayat on the overall experience of the Homecoming weekend and his team’s 3-0 start. “Our kids are thrilled that the BC community – fellow students, staff, faculty, and student-athletes – are all rallying around the Football program and are excited about what we are doing.”