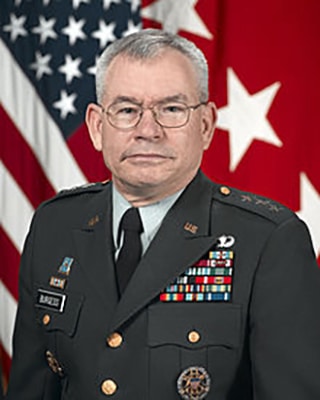 BREVARD – Brevard College announces the appointment of three new members of its Board of Trustees.

Joining the Board of Trustees are Douglas Brinkley, Lt. General Ronald L. Burgess, Jr. and Wayne Gilbert West. “All three new Board members bring an international perspective and reputation to the Board of Trustees,” said President Joyce. “Their careers, their service, and their backgrounds exemplify the best of what it means to have a liberal arts education. I look forward to the infusion of their leadership on our governing Board as Brevard College continues the transition to a college with a global reputation and impact.”

Douglas Brinkley was born in Atlanta, GA, and raised in Perrysburg, OH. He is a graduate Ohio State University, and Georgetown University, where he earned a Master of Arts degree and Doctorate in U.S. Diplomatic History. He received honorary Doctorate degrees from Trinity College, University of Maine, Allegheny College and Hofsta University. 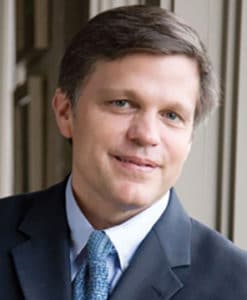 He is currently an author and professor of history at Rice University. Previously, he has been on the faculty of Hofstra University, the University of New Orleans, and Tulane University. Although he teaches, he finds time to be a history commentator for CNN News, a contributing editor at Vanity Fair magazine, the American Heritage magazine, and the Audubon magazine, as well as has written profiles of popular writers for Rolling Stone magazine.

Douglas has written several award-winning books: “Rosa Parks” (2000), “The Great Deluge: Hurricane Katrina, New Orleans, and the Mississippi Gulf Coast” (2007), “Wilderness Warrior: Theodore Roosevelt and Crusade for America” (2009), and “Cronkite” (2012); but is probably best known as the author of four biographies: “Dean Acheson: The Cold War Years” (1992), “Driven Patriot: The Life and Times of James Forrestal,” with Townsend Hoopes (1992), “The Unfinished Presidency: Jimmy Carter’s Journey Beyond the White House” (1998) and “Wheels for the World: Henry Ford, His Company and a Century of Progress” (2003).

He co-authored with Johnny Depp on the documentary, Gonzo: The Life and Work of Dr. Hunter S. Thompson for which he was nominated for a Grammy Award. In 2017, he won a Grammy Award for Best Large Jazz Ensemble Album for co-producing, Presidential Suite: Eight Variations on Freedom by Ted Nash Big Band.

He serves as a member of the Century Association, the Council on Foreign Relations, and Society of American Historians.

He and his wife Ann live in Austin, TX, and they have three children. 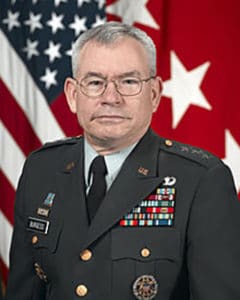 Lt. General Ronald L. Burgess, Jr. was born in Jacksonville, NC. Burgess is a graduate of Auburn University and holds a Master of Science in Education from the University of Southern California, and Master of Military Arts and Science from the U.S. Army Command and General Staff College. While attending Auburn University, he was a member of the Beta Zeta Chapter of Theta Xi and served as Chapter President.

He is a retired Lieutenant General from the United States Army and was last assigned as the 17th Director of the Defense Intelligence Agency and Commander of the Joint Functional Component Command for Intelligence, Surveillance, and Reconnaissance (JFCC-ISR).

Ronald has been recognized for his leadership and contributions throughout his career, and as a result, the cornerstone Executive Order 12333, which governs all intelligence activities, was revised; critical Intelligence Community managerial operations were overhauled, and innovative human capital practices were pioneered.

He and his wife Marta live in Opelika. They have five children and eleven grandchildren. His son, Lee is the Assistant Athletic Director and Head Men’s Basketball Coach at Brevard College.

Wayne Gilbert (Gil) West, BC ’81 is a native of Western NC and is the Senior Executive Vice President and Chief Operating Officer of Delta Airlines. 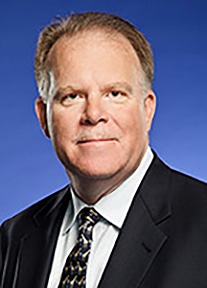 Prior to joining Delta, he worked for Laidlaw Transit Services as President and Chief Executive Officer. He also held leadership roles at Northwest Airlines, United Airlines, and The Boeing Company.

He attended Brevard College and was the captain of the Tornados basketball team. He holds a Bachelor’s of Science in Mechanical Engineering degree from North Carolina State University, and a Master of Business Administration degree from National University.

He and his wife Suzanne live in Alpharetta. They have two sons. And in his free time, he enjoys golf, boating, fly-fishing, car restoration/collecting, and entrepreneur/ownership of small businesses.