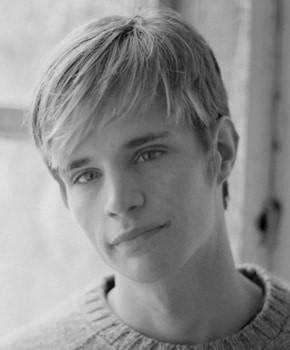 In October 1998, a young man was kidnapped, tied to a fence and left to die on the outskirts of Laramie, Wyoming. Brevard College Theatre’s 2016-2017 season continues with its upcoming production of “The Laramie Project,” the true story of a community responding to the murder of Matthew Shepard, a gay student at the University of Wyoming who was brutally beaten and killed because he was different.

The production runs Nov. 17-19 at 7 p.m., and Nov. 20 at 2:30 p.m. in the Morrison Playhouse at The Porter Center for the Performing Arts. Tickets are $10 for adults and $5 for students, available now at etix.com, Southern Comfort Records on Main Street, and at The Porter Center box office one hour before each show.

“At a time when we see and feel the depth of the division in our country, this play offers the opportunity to listen to the diverse voices of a community, and consider what we are capable of – at our worst and best as human beings,” says Catherine Barricklow, guest director.

The Tectonic Theater Project is an award-winning theatre company founded in 1991 and known for developing documentary dramas that use the exact words of those interviewed as the language of the play. The company is dedicated to developing innovative works that explore theatrical language and form that foster a dialogue on the social, political, and human issues that affect us all.

Five weeks after Shepard’s murder, Moisés Kaufman and the members of the Tectonic Theater Project traveled to Wyoming and conducted over 200 interviews with Laramie residents, law enforcement agents, religious leaders, as well as friends and relatives of the victim and perpetrators. Transcribing and editing these interviews the Tectonic Theater members constructed a deeply stirring and potent piece of theatrical work.

Eight Brevard College actors play over 60 characters whose words raise questions about how this hate crime could have happened in a relatively peaceful western town. The words of the community reveal deep-seated hostilities in Laramie as well as offering the possibility for healing through reflection.

For the actors, this play is a remarkable opportunity. Each performer has the challenge of portraying 7-10 distinctly different characters within the course of the play. The characters’ words are verbatim transcripts of the interviews conducted with real people in Laramie. “The Laramie Project” is a compelling collage of points of view, offering many opposing voices on the subject. It is one of the most performed plays in America today.

“This thought-provoking, surprisingly humorous, and deeply moving production at Brevard College is not to be missed,” says Barricklow.