Brevard Starts Fast, Holds Off Berea for First Win of the Season in Conference Opener 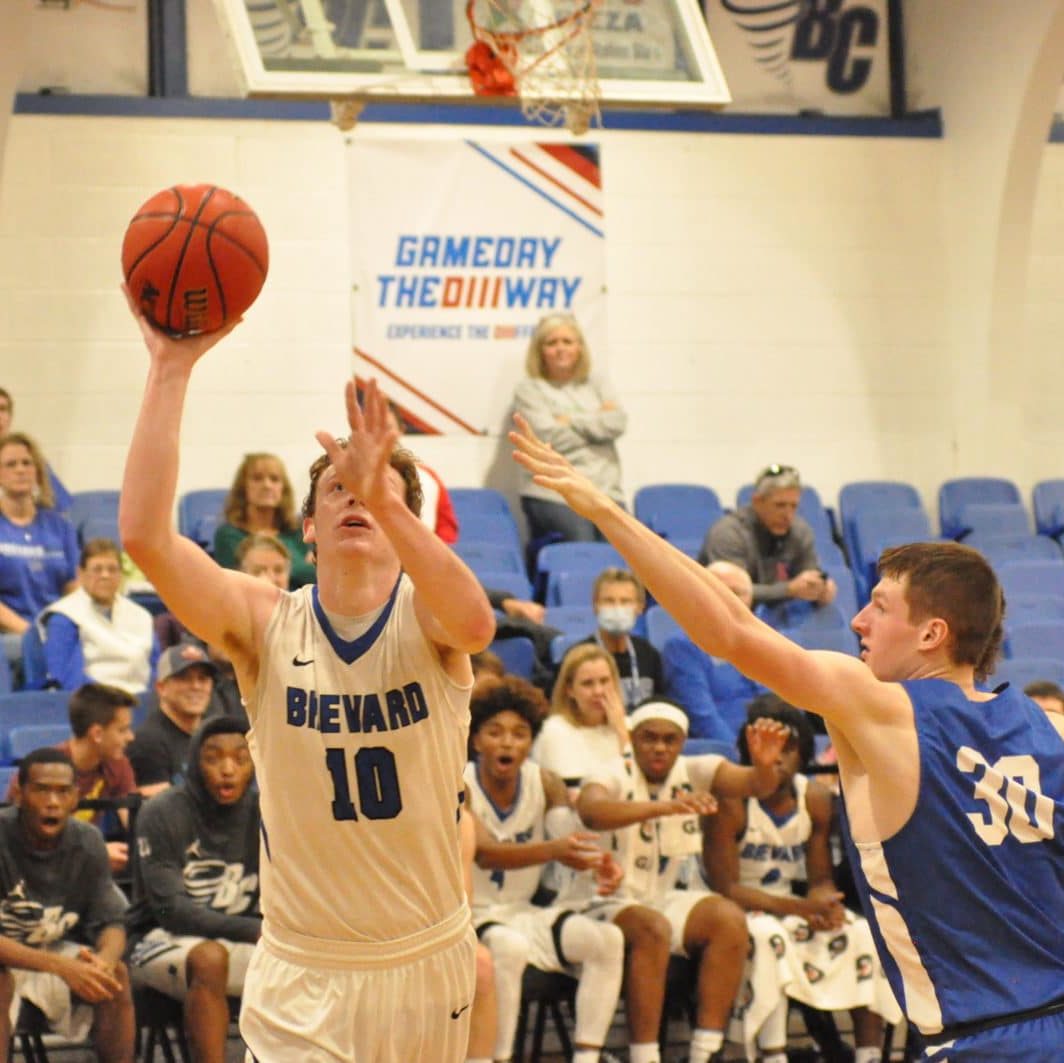 The Brevard College’s men’s basketball team (1-5, 1-0 USAS) burst onto the scene fast in Saturday afternoon’s conference-opening contest against the Berea College Mountaineers (4-3, 0-1 USAS), outscoring the visitors 27-4 in the game’s first eight minutes to propel the Tornados to their first victory of the season, 76-68 at the Boshamer Gymnasium.

Brevard started out hot and withstood a fierce Berea rally, as the Mountaineers battled back from a deficit as much as 24 points and eventually tied the contest with 6:32 left in the second half. Brevard’s resilience paid off, however, as the Tornados outscored the Mountaineers 20-12 down the stretch with big shots and defensive stops to claim the victory.

Saturday’s win marks the first victory in a conference-opener for Brevard men’s basketball since the 2010-11 season, when the then-NCAA DII Tornados dropped the Anderson University Trojans, 85-84, on December 4, 2010.

“We’ve been close a lot this year, so I am happy for our guys,” said Head Coach Lee Burgess following his team’s first victory of the season. “They’ve stuck with it – the start to the season wasn’t what we were envisioning, and that can take its toll on you – but our guys stuck with it and I am proud of them.”

Junior forward Deja Riddick led the Tornados with 14 points and a team-high five assists.  The Norfolk, Virginia native also pulled down six rebounds, blocked a shot and went a perfect 4-for-4 from the free-throw line.

Playing in her second career game, freshman Hannah Lovett made her first collegiate field goal with a three-pointer to go along with her first career rebound.

Brevard never trailed in the contest, opening the game on a made three-pointer by Riddick.  The Tornados then stretched their early lead to 14-3 on two made free throws by Riddick with 5:12 to play in the first quarter.  Led by eight points from Riddick in the opening period, BC would go on to take a 23-9 lead through one quarter.

BC maintained its advantage in the second quarter, outscoring the Wolves 17-15 in the stanza to take a 40-24 lead into intermission.  At the 6:32 mark of the second period, Lovett drained her first career field goal, a deep three-pointer off an assist by Ledford. The Brevard bench and a lively Boshamer Gymnasium erupted in celebration of the first career points by the freshman from Atlanta, Georgia.

In the third quarter, Williams served notice to the crowd at the Boshamer Gymnasium with an energetic stretch where the junior scored five points and pulled down four rebounds including three offensive boards.  Through the end of three quarters, the Tornados continued to lead the Wolves by 16 points.

BC closed out the contest by outscoring Wesleyan 21-17 in the fourth period to take the 20-point victory.  The win marked the largest margin of victory this season for the Tornados and also marked team season highs in points (78), field goals made (25), free throws made (18), rebounds (50), assists (18) and blocked shots (six).