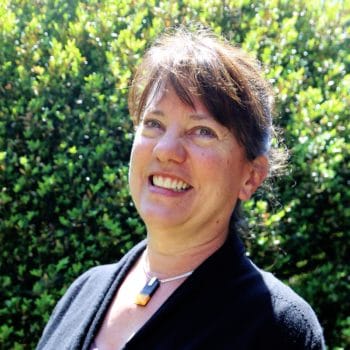 The U.S. Department of State and the Fulbright Foreign Scholarship Board announced that Professor and Director of Teacher Education, Dr. Betsy Burrows has received a Fulbright U.S. Scholar Program award to Norway. Dr. Burrows will teach and learn in Halden, Norway at the Norwegian Center for Foreign Languages in Education. Burrows will enhance the center’s research on methods and approaches for operationalizing the national curriculum, assist with teacher education and professional development at the national level, and share her knowledge of US society, culture, and educational practices with secondary school students and teachers in Norway.

“Norway and the Scandinavian countries are often recognized for their holistic,  inquiry and project-based, and innovative public educational system. I want to travel there to learn and teach and bring back home to Brevard College new ideas to help us continue preparing 21st Century teachers for our public schools,” Burrows said.

As a Fulbright Scholar, Burrows will share knowledge and foster meaningful connections across communities in the United States and Norway. Fulbrighters engage in cutting-edge research and expand their professional networks, often continuing research collaborations started abroad and laying the groundwork for forging future partnerships between institutions. Upon returning to their institutions, labs, and classrooms, in the United States, they share their stories and often become active supporters of international exchange, inviting foreign scholars to campus and encouraging colleagues and students to go abroad. As Fulbright Scholar alumni, their careers are enriched by joining a network of thousands of esteemed scholars, many of whom are leaders in their fields. Fulbright alumni include 60 Nobel Prize laureates, 88 Pulitzer Prize recipients, and 39 who have served as a head of state or government.

The Fulbright Program is the U.S. government’s flagship international educational exchange program and is supported by the people of the United States and partner countries around the world. Since 1946, the Fulbright Program has provided more than 400,000 participants from over 160 countries the opportunity to study, teach and conduct research, exchange ideas, and contribute to finding solutions to shared international concerns. The primary source of funding for the Fulbright program is an annual appropriation by the U.S. Congress to the U.S. Department of State’s Bureau of Educational and Cultural Affairs. Participating governments and host institutions, corporations and foundations in foreign countries and in the United States also provide direct and indirect support.

Dr. Burrows pointed out the fact that Geologists hold that prior to the breakup of the ancient supercontinent, Pangaea, the Scandinavian mountain system was connected as a single range with the mountains of Scotland, Ireland and, crossing the Atlantic Ocean, the Appalachian Mountains of North America. Burrows said, “So, in some ways, I am traveling to Norway where these Appalachian Mountains were first located. This reminds me of what I think is a central focus of the Fulbright mission: all of our countries on this planet are more interconnected than we can even imagine.”