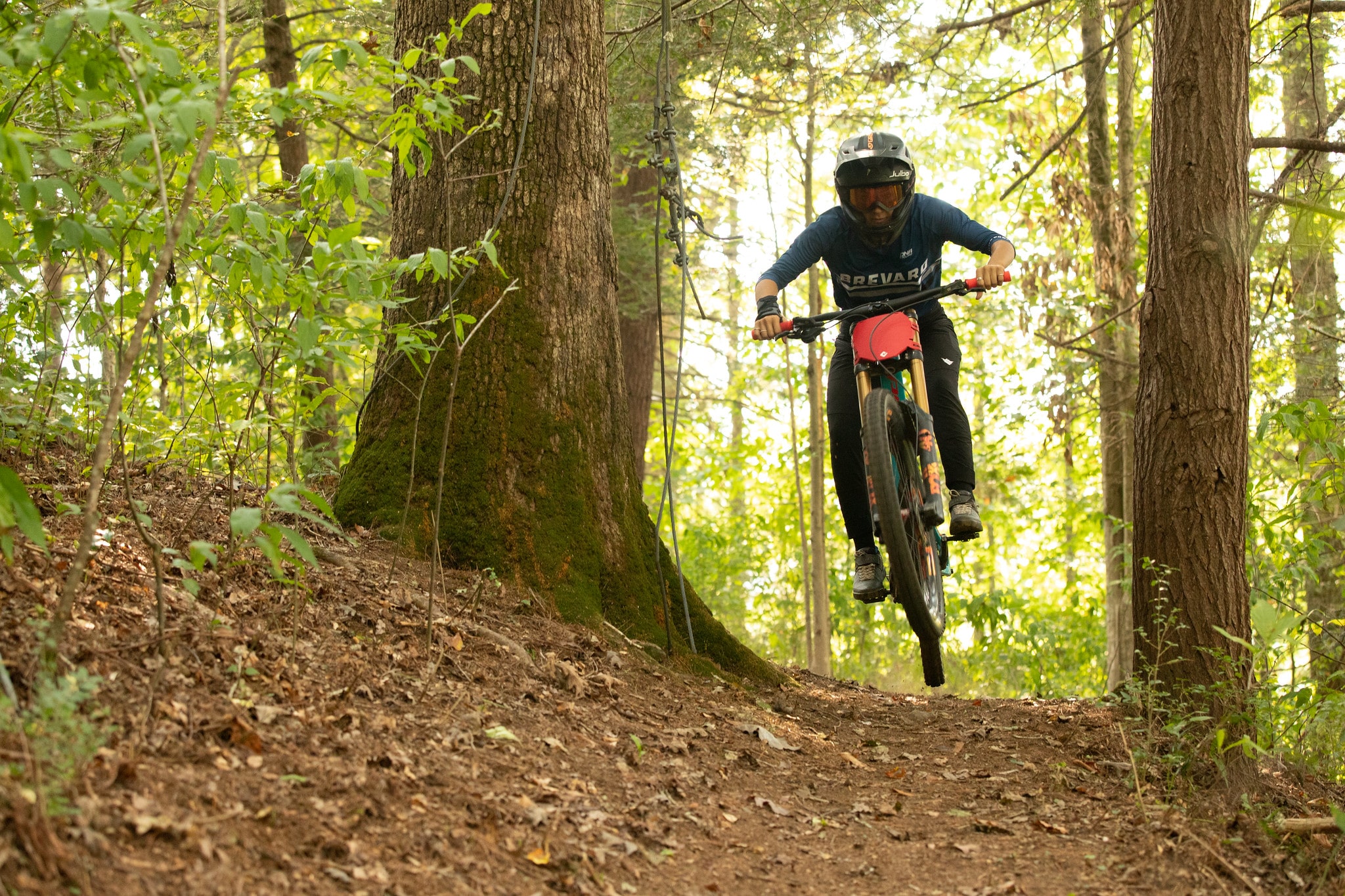 “It is incredible to have such strong BC representation at the mountain bike world championships this year,” said Brevard College Head Cycling Coach Brad Perley.  “Not only are these students representing their home nations, but also the BC Cycling team and Brevard College.  It’s always exciting to support them from afar with this year being a bit sweeter given the lack of racing in the past year and a half. They’ve earned this opportunity and we are very proud of each of them.”

Hayden, a senior from Pittsfield, Vermont, will race in the Women’s Elite Downhill competition for the third consecutive year.  A transfer from the University of Vermont, it marks the second straight year that she has made the journey to the world championships as a Brevard College student-athlete.  Overall, it marks the fourth trip to the world championships for Hayden as a member of Team USA, including a prior trip as a junior competitor to go along with the three straight elite competitions.

Pageau, a senior from Chicoutimi, Quebec, Canada, will also be racing in the Women’s Elite Downhill.  It marks her return to the world championships following a trip to the 2019 worlds held in Mont Sainte-Anne, Canada.

Hayden and Pageau combine to mark three straight seasons whereby a Brevard College student-athlete has qualified for the Women’s Elite Downhill.  Pageau raced in the 2019 World Championships as a BC student, with Hayden racing in the 2020 worlds where she placed 12th in Elite Women’s Downhill in Leogang, Austria.

2021 will mark the fourth consecutive year that multiple Brevard College Cycling student-athletes have competed in the UCI Mountain Bike World Championships.  Hayden (USA) and Orschel (Canada) raced in the 2020 world championships in Austria.  The year prior in Canada, Orschel and Pageau raced for the host nation in the 2019 worlds.  In 2018, Brevard College’s Carson Beckett (USA), Tyler Clark (Canada) and Nathan St. Clair (USA) competed at the 2018 UCI Mountain Bike World Championships in Lenzerheide, Switzerland

Sunday marks the final day of the world championships with Hayden and Pageau looking to compete in the Women’s Elite Downhill Finals scheduled to begin at 12:50 local time (6:50 a.m. ET).