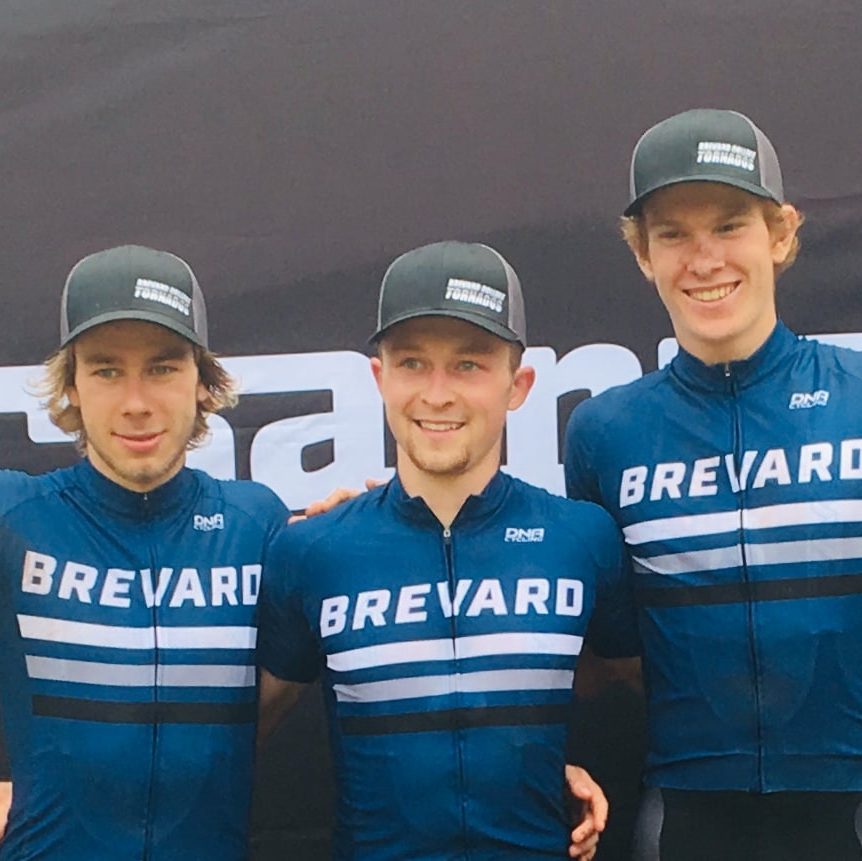 The Brevard College Cycling delivered a dominant performance at the MTB Rock and Roll Showdown hosted by Kennesaw State and Truett McConnell over the weekend in Cleveland, Georgia. The Tornados swept all three positions on the podium in Men’s A Cross Country and Short Track, while compiling a total of six race wins and 11 individual podium finishes.

Brevard College’s Carson Beckett, Tyler Orschel and Tyler Clark swept the top three spots in both Men’s A Cross Country and Men’s A Short Track.  Beckett won both events to bring his record to a perfect four-for-four in race wins in cross country and short track through two collegiate events this season. Orschel finished second and Clark placed third in both events to complete the Tornado sweeps.

Freshman Aliza Tobias earned her first collegiate victory with a first-place result in the Women’s B Short Track race, a day after finishing second in Women’s B Cross Country.

Freshman Maxwell Buyck won for the first time in his collegiate career as well with a first-place finish in Men’s B Dual Slalom held Saturday.

The Brevard College Cycling team returns to action this Saturday and Sunday at the High Country MTB Challenge hosted by Lees-McRae in Banner Elk, North Carolina.