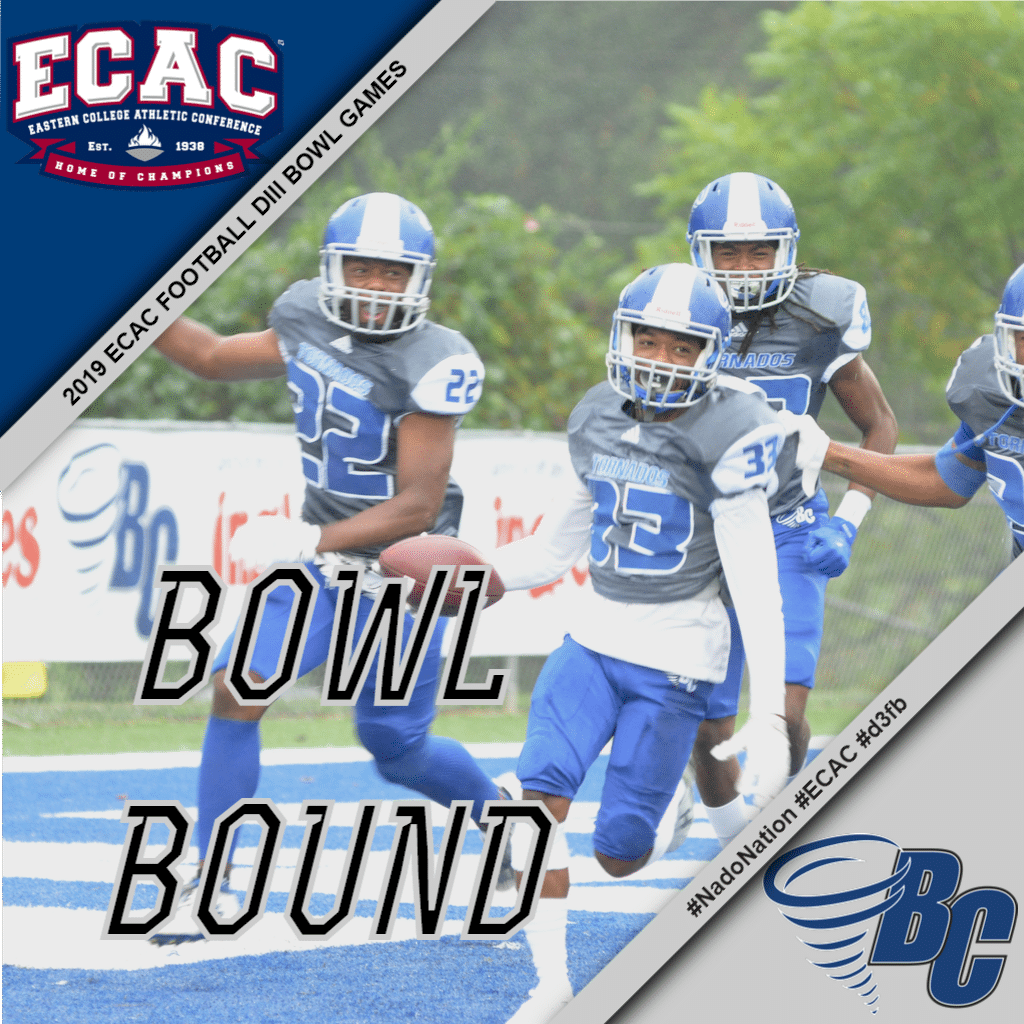 A history-making season will continue for the Brevard College Tornados Football team, who have been selected to play in a postseason bowl game for the first time in program history.  Brevard (7-2, 5-2 USA South) will play in the Eastern College Athletic Conference (ECAC) Division III Scotty Whitelaw Bowl vs. host Carnegie Mellon University (8-2, 7-2 PAC) this Saturday, November 23 at 1 p.m. at Gesling Stadium in Pittsburgh, Pennsylvania.

Brevard and Carnegie Mellon were two of eight teams selected to a total of four ECAC Division III Bowl games.  The matchup in the Scotty Whitelaw Bowl will mark the first-ever meeting between the two institutions.

Brevard, under the direction of third-year Head Coach Bill Khayat, won seven games in the regular season to match the school record for most single-season victories in the NCAA-era.  School records were also set this regular season with a .778 winning percentage and five league victories in USA South Conference play. Moreover, BC went 4-1 in road games this season which also tied a school record for road wins in the NCAA-era.

The Tornados enter the Scotty Whitelaw Bowl riding a four-game win streak dating back to a 26-20 win over N.C. Wesleyan on October 26.   Over the winning streak, Brevard has outscored its opponents 99-35, with three of the four wins coming on the road.

The month of November has been a stretch of dominance for the Tornados, especially on the defensive side of the ball.  BC has outscored its opponents 73-15 and has not allowed a touchdown in November. The no-touchdowns allowed streak for the Tornado defense is currently at three straight games and 12 consecutive quarters.  Over the three games, BC has shutout its opponents in eight different quarters.

Brevard, which finished in a tie for second place in the USA South Conference, led the conference through the regular season with a school-record 19 interceptions.

Carnegie Mellon, a member of the Presidents’ Athletic Conference, will be making its seventh all-time trip to an ECAC Bowl game. The Tartans finished their 2019 regular season with three straight wins capped off by a 24-21 win over then 20th-ranked Case Western this past Saturday.